Walking the Bridgeless Canyon: Repairing the Breach Between the Church and the LGBT Community In 2001, Kathy Baldock, a straight conservative evangelical Christian, met Netto Montoya, a lesbian Native American, on the local hiking trails near her home in the Sierra Nevada Mountains. Their friendship challenged Baldocks cultural and religious beliefs about gay, lesbian, bisexual, and transgender people. In Walking the Bridgeless Canyon: Repairing the Breach between the Church and the LGBT Community, Baldock uncovers the historical, cultural, medical, and political filters of discrimination through which the LGBT community is seen. With the foundation firmly established, she examines the most controversial filter of all: what the Bible says about same-sex behavior. Ten years of research, as well as relationships with thousands of gay, lesbian, bisexual, and transgender people, led to answering important questions: How did history, culture, science, and politics intertwine to create social discrimination against the gay and transgender community? When and why did the conservative Christian community turn their focus on the gay and transgender community? Should Christian fellowship be extended to gay and transgender people? Should civil marriages, or even Christian marriages, be granted to them? What is happening within the LGBT Christian movement today? Baldock carefully constructs a timeline as she untangles the details of various influences and influencers. Along the way, she shares fascinating stories and testimonies enriching the historical journey. Finally, for those who are wondering how they might enter into productive and respectful conversations about the intersection of faith and sexual orientation or gender identity, this book offers the resources and tools needed to make informed and wise, Christ-centered choices.

Walking the Bridgeless Canyon: Repairing the Breach Between the Church and the LGBT Community2019-04-212019-04-21http://diversechurch.co.nz/wp-content/uploads/2018/09/colorico.pngDiverse Church NZhttps://diversechurch.co.nz/wp-content/uploads/2019/04/walking-the-bidgeless-canyon.jpg200px200px
Connect with us
Diverse Church 2017 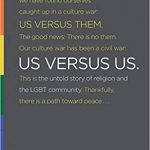 Us versus Us: The Untold Story of Religion and the LGBT CommunityBooks 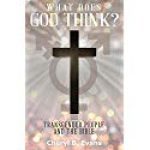