Undivided: Coming Out, Becoming Whole, and Living Free from Shame Vicky Beeching, called “arguably the most influential Christian of her generation” in The Guardian, began writing songs for the church in her teens. By the time she reached her early thirties, Vicky was a household name in churches on both sides of the pond. Recording multiple albums and singing in America’s largest megachurches, her music was used weekly around the globe and translated into numerous languages.

But this poster girl for evangelical Christianity lived with a debilitating inner battle: she was gay. The tens of thousands of traditional Christians she sang in front of were unanimous in their view – they staunchly opposed same-sex relationships and saw homosexuality as a grievous sin. Vicky knew if she ever spoke up about her identity it would cost her everything.

Faced with a major health crisis, at the age of thirty-five she decided to tell the world that she was gay. As a result, all hell broke loose. She lost her music career and livelihood, faced threats and vitriol from traditionalists, developed further health issues from the immense stress, and had to rebuild her life almost from scratch. 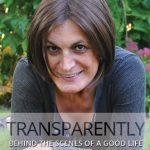 Transparently: Behind the Scenes of a Good LifeBooks 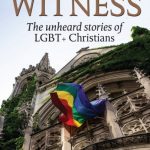 Our Witness: The unheard stories of LGBT+ ChristiansBooks