Writing in part for secular humanists, non-Christians, and ex-Christians, Wallace locates the beginning of religious vilification of LBGTQ Americans: these attacks recycle earlier, equally reactionary political opposition to racial desegregation and equal rights for women. Then, step by step, she lays out three major flaws in the religious argument against gay marriage. First, it derives from Plato and Greco-Roman sexual anxieties, not from Jesus. Second, opposition to gay marriage takes Bible verses out of context, ignoring their roots in Iron Age biology, sexual politics in the classic era, and pagan ritual practices. Third and most importantly, this opposition reflects an inadequate moral theology based on a denial of contemporary science and social science. Then and only then does she offer her own concept of marriage as a morally rooted, creative process, laying out common ground easily shared by Christian humanists and secular humanists alike. 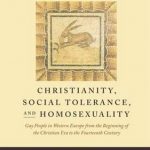 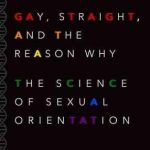 Gay, Straight, and the Reason Why: The Science of Sexual OrientationBooks