And God Save Judy Garland: A Gay Christian’s Journey As a Christian he tried not to be gay, and as a gay man, he tried to ignore how much he still loved Jesus and wanted to minister to people in need. Turmoil turned to peace when Randy was able to embrace both his faith and his sexuality. He committed his life to the love of his life, Gary Eddy, 26 years ago, and for the past 25 years, he’s been the openly gay pastor of Open Door Community Church in Little Rock, Arkansas. Too many parents have hurt their children when they thought they were being faithful to their God. Too many LGBTQ kids have committed suicide because they were bullied and were taught that their sexuality made them an abomination to God. Too many men and women have left a faith tradition they really love because they were asked to leave until they could “stop” being gay. Randy Eddy-McCain’s life story demonstrates that a person’s faith in God can exist without being in conflict with his or her sexuality. 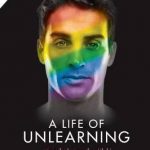 A Life of Unlearning: A Preacher’s Struggle with His Homosexuality, Church and FaithBooks 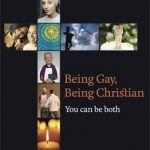 Being Gay, Being Christian: You Can Be BothBooks